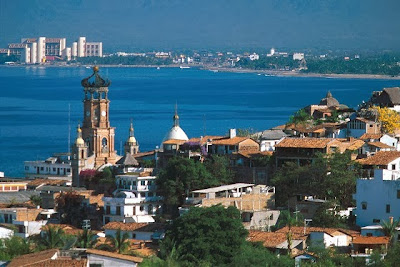 Mexico is a big place with a bad reputation. The reputation isn't altogether undeserved, as drug cartels do control parts of this country but not all of it, and some of the most appealing regions for both living and investing sit outside the war zones. Mexico offers two long coasts, mountain towns, and colonial cities, plus Mayan ruins, jungle, rain forest, rivers, and lakes. It's also the most accessible "overseas" haven from the United States. You could drive back and forth if you wanted.

For all these reasons, Mexico is home to the biggest established populations of American retirees in the world, making it a great choice if you seek adventure with the comforts of home. Each of the several spots that expat retirees have targeted in this country offers a different lifestyle. Puerto Vallarta is the place to go for what could be described as luxury coastal living.

Puerto Vallarta is more expensive than other places where you might consider living or retiring overseas, but in Puerto Vallarta that's not the point. This isn't developing-world living. This stretch of Mexico's Pacific coastline has already been developed to a high level. Life here can be not only comfortable but easy and fully appointed. In Puerto Vallarta, you aren't buying for someday, as you can be in many coastal destinations in Central America. In Puerto Vallarta, you can buy a world-class lifestyle in a region with world-class beaches and ocean views that is supported, right now, by world-class golf courses, marinas, restaurants, and shopping. This is a lifestyle that is available only on a limited basis worldwide, a lifestyle that is truly (not metaphorically) comparable to the best you could enjoy in southern California if you could afford it. In Puerto Vallarta you can afford it even on an average retirement budget.

You could buy a small apartment outside Puerto Vallarta town for less than $100,000, or you could buy big and fancy for $1 million-plus. Whatever you buy, you could rent it out when you're not using it. The Puerto Vallarta region, including the emerging Riviera Nayarit that runs north from it along the coast, is an active tourist rental market with a track record.