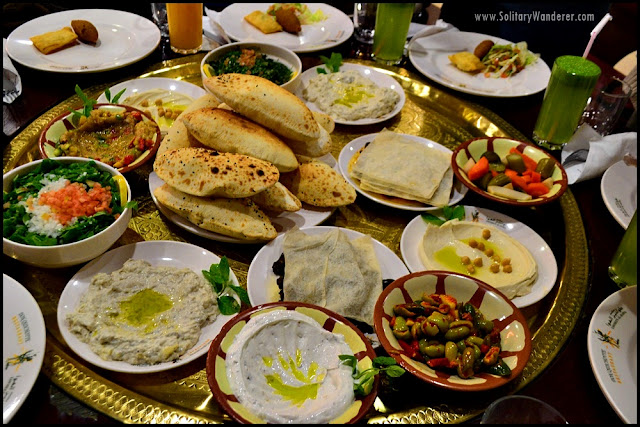 Mezze is a range of appetizers - typically served as little dishes, they can range from a simple assortment of raw and pickled vegetables to a dazzling array of immense variety which could include miniature versions of main dishes. The mezze is supposed to be the prelude to a meal and is traditionally served with alcoholic beverages, most commonly 'arak' (an anise flavoured liquor); as one is not expected to drink on an empty stomach. It is an important feature of Middle Eastern food and prevalent throughout the eastern Mediterranean.

"The origins of the word is from the Arabic word mazmiz which means to nibble at food or enjoy at leisure" (-Recipes and Remembrances by Sonia Uvesian). Since most mezze can be made ahead of time and are served at room temperature, this definition is particularly apt.

In Lebanon and Cyprus, mezze is often a meal in its own right. The only choice is whether they are vegetarian, meat or fish mezze. Groups of dishes arrive at the table about 4 or 5 at a time and usually between five and ten different groups.

A basic mezze table can be as simple as a basket of warm pita, a plate of fresh herbs, another plate of feta cheese or yogurt cheese, a dish of olives, some dips and salads and a pitcher of iced water. You can also find hummus, falafel, a dip made of ground chickpeas, fattoush, a salad of green vegetables mixed with pieces of pita bread, grilled eggplant and zucchini. Other popular dishes are tabouli, a bulgur wheat salad, and kibbe, made from freshly ground lamb and/or beef - a dish which can be eaten baked, fried or even raw. Mezze can include miniature versions of main dishes.

To give a mezze table the status of a mezze feast, simply increase the number and variety of dishes, including perhaps a few heartier choices like small kebabs or one or two bean dishes that can be served cold. Get the Recipe: Hummus
2. Baba Gannouj 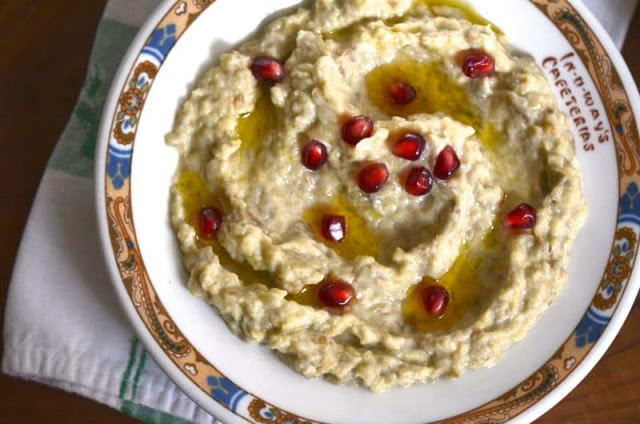 Get the Recipe:  Baba Gannouj
3. Falafel 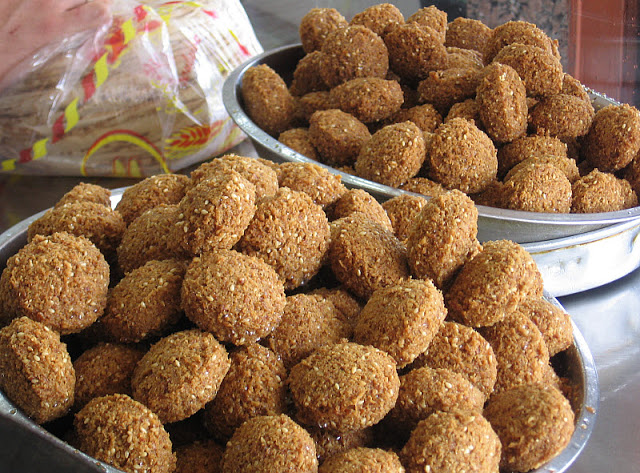 Get the Recipe: Falafel
4. Tabbouleh 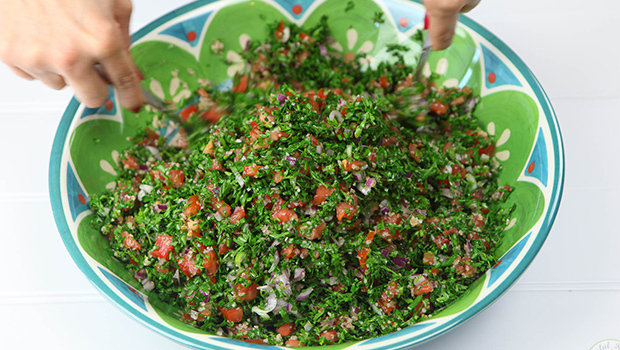 Get the Recipe: Tabbouleh
5. Fattoush 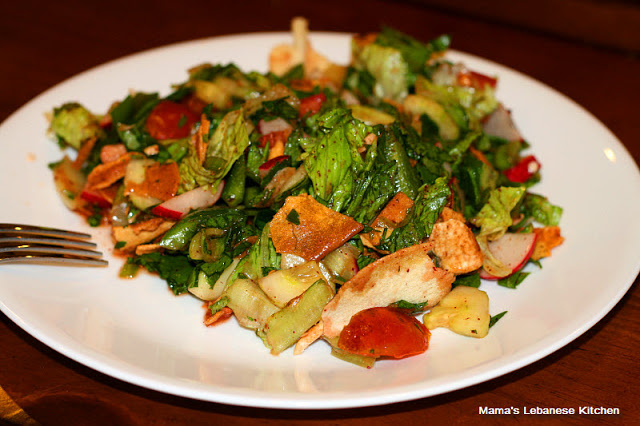 Get the Recipe: Fattoush
6. Kibbeh 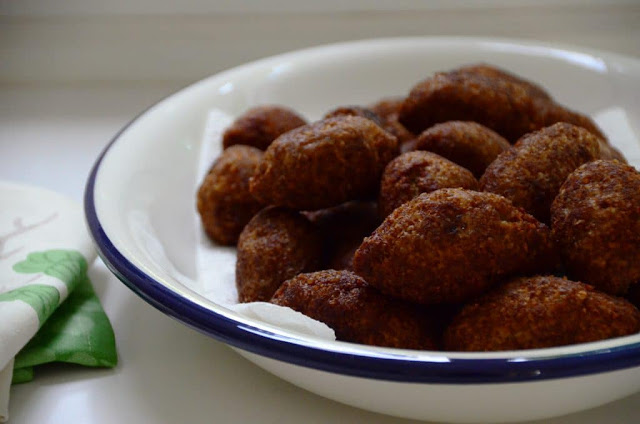 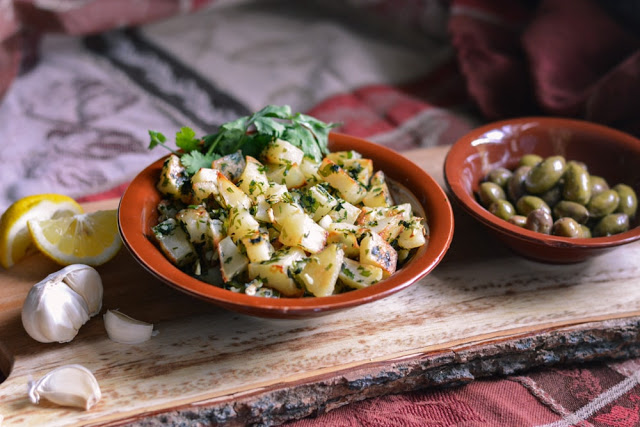 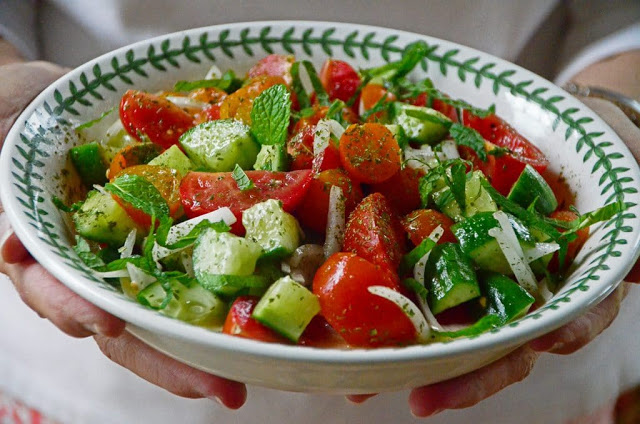 Get the Recipe: Lebanese Cucumber & Tomato Salad with Mint
9. Sambousek 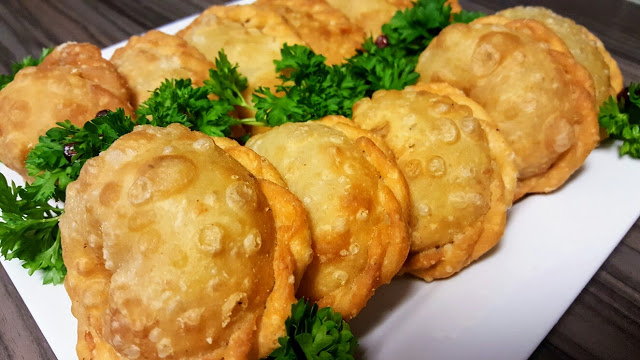 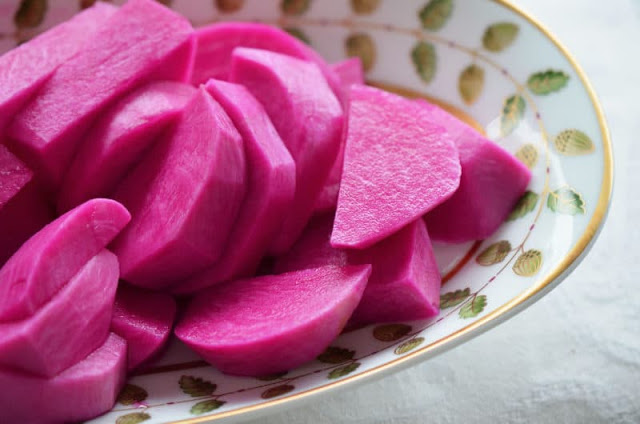 Get the Recipe: LEBANESE TURNIP PICKLES