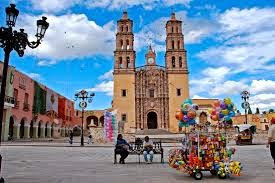 Delores Hidalgo
This article appeared in the Tampa Bay Times

At the dawn of the 19th century, Mexico was a Spanish colony. Economic practices within the Spanish empire, designed to protect the interests of the wealthy merchants in Spain, left many in Mexico struggling to survive. This was compounded by drought and famine.

The fight for Mexican independence was begun by Miguel Hidalgo y Costilla, a Roman Catholic priest in the village of Delores, later renamed Delores Hidalgo in his honor. At Mass on the morning of Sept. 16, 1810, he called for the people to unite in a revolt against the Europeans.

The bloody revolution that followed lasted more than a decade, culminating on Sept. 27, 1821, when a Mexican army commanded by Agustín de Iturbide finally took control of Mexico City. Hidalgo, known today as the Father of Mexico, did not live to see the end of the revolution. He was executed by the Spanish in 1811.

Cinco de Mayo — the fifth of May — commemorates Mexico's struggle against another European power, specifically the victory of a ragtag force of Mexicans over a much larger and better equipped French army in 1862 during the Franco-Mexican War, which lasted from 1861 until 1867.

In 1861, Mexico was in economic ruin and defaulted on its European loans. As a result, France, Britain and Spain sent naval forces to Vera Cruz, Mexico's primary port. Britain and Spain found ways to resolve the matter peacefully and returned home. But Napoleon III saw it as an opportunity to begin rebuilding the French empire in America.

French forces stormed Vera Cruz and landed an invading army. On May 5, 1862, a French force of 6,000 attacked Puebla, a small town south of Mexico City, defended by a force of about 2,000 Mexicans. The battle lasted most of the day, but when it ended the French were forced to retreat. They had lost almost 500 men. The Mexicans had lost less than a 100.

In the context of the Franco-Mexican War, the Battle of Puebla was of little strategic importance, but it was a symbolic victory that gave hope to the Mexicans in their fight to remain independent. French forces remained for several years.

In 1864, Napoleon III named Maximilian emperor of Mexico, but his rule was brief. French success had benefited from the fact that the United States was unable to help Mexico because it was embroiled its own Civil War. Once that war ended, the United States helped Mexico defeat the French.

So why is it such a big deal in the United States? In the 1960s, Mexican-Americans began to use the day to celebrate their culture. Over the years it has evolved into a major reason to party. Perhaps that was the influence of the beer promoters. Regardless, Cinco de Mayo offers us a grand opportunity to appreciate our neighbors to the south.

David Lee McMullen is a writer and historian on the faculty of the University of South Florida St. Petersburg. He wrote this exclusively for the Tampa Bay Times.