Here a selection of good looking comics heading in to your local comic store in November (or there abouts) as listed in the Diamond Previews Catalog for September. As always, I'm keen to know what other comics Cerebus readers enjoy, so let us know what you're currently reading in the comments section below. Thanks. 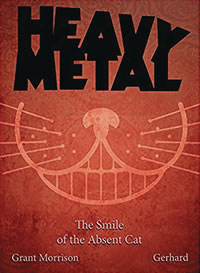 The publisher says:
The story is about about Louis Wain, an Edwardian artist known for being the first to do "cat cartoons." As he died penniless and insane, a state that Morrison assumes all creators strive for, the graphic novel focuses on what happens to the world Wain made ("Catland") without its creator and how it will reflect the real events in his life. The main character is a detective who recently returned from the first World War.
Gerhard says:
I came across that listing myself [on Amazon.com]. I asked the editor at Heavy Metal how that book was going to come out in November when I have only received the script for the first two chapters. He said the listing was news to him, too. I see they still haven't taken it down. If and when I ever do get the whole script, it will be the complete 48 page story that is published. It'll have to get a lot colder in hell first, I guess. I JUST got the 8 page script for chapter 3. If Dave and I had kept this pace, Cerebus would have taken 300 YEARS. 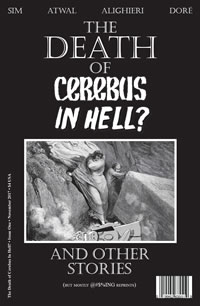 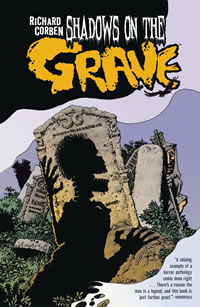 The publisher says:
Richard Corben follows up 2014's Spirits of the Dead with a new collection of original short stories, ranging from gothic tales worthy of Poe, to Twilight Zone-style encounters with the weird, to a full-length fantasy epic featuring a barbarian reminiscent of Corben's most notorious creation, Den, immortalized in the 1981 animated film Heavy Metal. Collects Shadows on the Grave #1-#8. 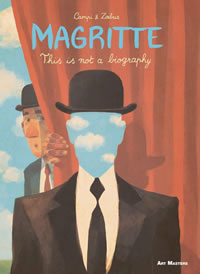 The publisher says:
Intoxicated by the promise of a promotion, Charles Singular for once allows himself a small extravagance: he buys a bowler hat. But there's a problem: this is no ordinary hat. This one once belonged to the surrealist painter René Magritte, and by donning it Charles has unwittingly stepped into the artist's off-kilter world. What's more, he can't escape. At least, not until he has illuminated the secrets behind Magritte's work. What follows is a hallucinatory journey through Magritte's imaginative landscape, a place where facial features mutate, the crescent moon appears in unexpected places, and answers prove frustratingly elusive. 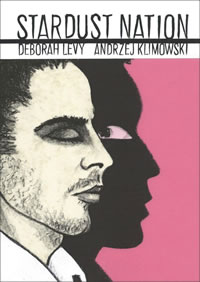 The publisher says:
For the high-flying, heavy-drinking advertising boss Tom Banbury, the art of persuasion relies on an infiltration of the consumer's mind. In the case of his colleague and confidante Nikos Gazidis, the overdeveloped sense of empathy that makes him so well suited to the business has resulted in a strange psychiatric condition. Nick has unwittingly crashed into the consciousness of his boss. While Tom drinks to forget the troubles of his life, Nick is forced to confront a past that is not his own: a childhood scarred by the small wars waged by an abusive father - and by the events that brought these battles to a close. When Nick enters the panicked silence of the Abbey, a fortress for the rich and unstable, his sister guards him from the visiting Tom Banbury. But can this peculiar bond be broken? Or has Nikos Gazidis taken an empathetic leap too far? 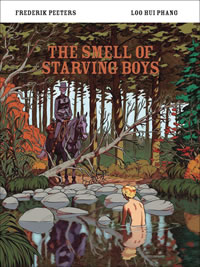 The publisher says:
Texas, 1872. With the Civil War over, exploration has resumed in the territories to the west of the Mississippi, and the geologist Stingley is looking to capitalize. Together with photographer Oscar Forrest, who catalogues the terrain, and their young assistant, Milton, Stingley strikes out into territory that might one day support a new civilization. But this is no virgin land. As the frontiersmen move west, it becomes clear that the expedition won't go unchallenged. Stingley has led them into a hostile region: the native Comanches' last bastion of resistance. The Smell of Starving Boys is an intense Western about the clash of two worlds: one old, one new; one defined by rationality and technology, the other by shamanism and nature. 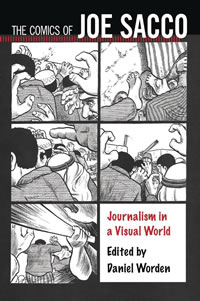 The publisher says:
Now in softcover, this book-length study of the artist who brought journalistic reportage to comics The Comics of Joe Sacco addresses the range of his work from his early comics stories as well as Palestine, Safe Area to Goražde, Footnotes in Gaza, and The Great War, a graphic history of World War I. 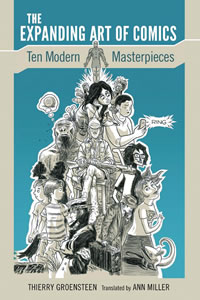 The publisher says:
In The Expanding Art of Comics: Ten Modern Masterpieces prominent scholar Thierry Groensteen offers a distinct perspective on important evolutions in comics since the 1960s through close readings of ten seminal works. He covers over half a century of comics production, sampling a single work from the sixties (Ballad of the Salt Sea by Hugo Pratt), seventies (The Airtight Garage of Jerry Cornelius by Moebius), eighties (Watchmen by Alan Moore and Dave Gibbons), and nineties (Epileptic by David B.). Then this remarkable critic, scholar, and author of The System of Comics and Comics and Narration delves into recent masterpieces, such as Building Stories by Chris Ware. 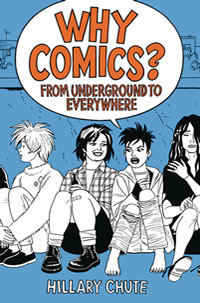 The publisher says:
As comics as an art form continue to gain in popularity and critical acclaim, comics expert Hillary Chute reveals what exactly it is that makes comics so unique. What is it that makes comics so special? What can this unique art form do that others can't? Chute reveals the history of comics, underground comics (or comix), and graphic novels, through deep thematic analysis, and fascinating portraits of the fearless men and women behind them. Chute has created an indispensable guide to comics for those new to the genre, or those who want to understand more about what lies behind their favorite works. Foreword by Gary Panter and cover by Jaime Hernandez. 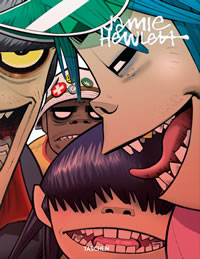 The publisher says:
From the legendary Tank Girl to live-action animations with art-pop noisemakers Gorillaz, dabblings with Chinese contemporary opera to an exhibition at the Saatchi Gallery, artist Jamie Hewlett is one of the most energetic figures of contemporary pop culture. Hewlett emerged in the mid 1990s as cocreator of the zeitgeist-defining Tank Girl comic. With then-roommate, Blur frontman Damon Albarn, he went on to create the unique cartoon band Gorillaz, a virtual pop group of animated characters, which recorded four studio albums and mounted breathtaking live spectacles. This new TASCHEN edition, Hewlett's first major monograph, illustrates this thrilling creative journey with over 400 artworks. Through stories, characters, strips, and sketches, we trace Hewlett's exceptional capacity for invention and celebrate a polymath artist who refuses to rest on his laurels, or to be pigeonholed into a particular practice.