Freak hailstorm hits Puebla, Mexico according to Jon Erdman at the Weathernews. 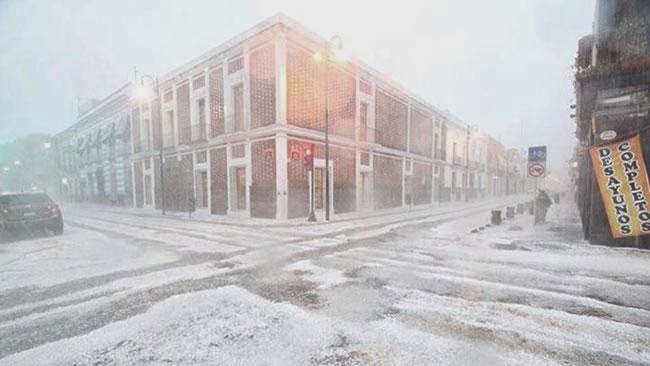 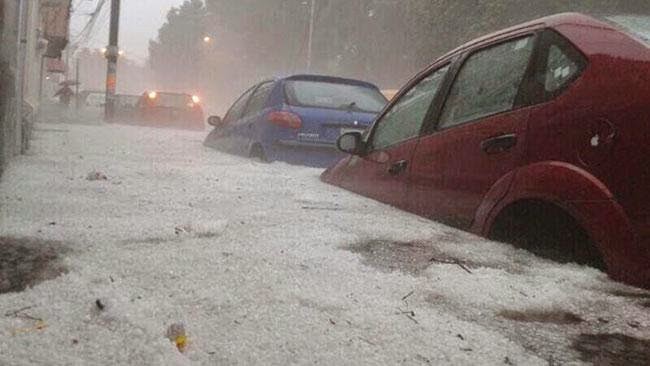 Cars are submerged in a combination of accumulated hail and flood water in Puebla, Mexico on July 8, 2014. (Carmen Salyastep Sanchez via The Weather Channel Facebook)