Ellie, who writes The Hobo Kitchen, my assignment for this month’s Secret Recipe Club, was born in The Bahamas, but has lived in the United States for some time.  She currently lives in Hoboken, NJ, and her blog’s name is a nod to that fact.  Ellie has been blogging since 2008, and until last year, her bog was called The Bitchin’ Kitchen.  That blog is still available over at Blogspot, but Ellie transferred all the recipes from there to The Hobo Kitchen blog.

Ellie writes a series of posts called Living the Life about life in the big city which is fun for this life-long rural/small town gal to read.

Of course, there are lots of delicious sounding recipes, several which use Nutella, one of my favorite things.  I considered making the Nutella Donuts, but it has been very hot here still so I am reluctant to use the oven.  I also want to make the Bahamian Macaroni and the One Pot Cheeseburger Casserole.

We eat lots of chicken at our house so I finally decided to make the Greek Yogurt Chicken even though I would need to use the oven.  What could be easier than putting chicken pieces in a baking pan, mixing some yogurt, seasoning and cheese together, spreading it on the chicken and shoving it in the oven?  Not much.  I am so glad that I made this.  It was delicious and will be appearing on our table often.  Great for any day, but also elegant enough for company.

I made two slight changes.  I did not have a chunk of Parmesan cheese the day I decided to make this, so used an already shredded Parmesan/Romano cheese blend.  I also used smoked paprika for the paprika.  I had a large container of Greek yogurt on hand so used 1/3 cup which I figured should be about the same as a 5-ounce container.  The yogurt acts as a binder for the seasonings and cheese.  I think that you could use sour cream in a pinch, but then it wouldn't be Greek Yogurt Chicken.

This topping  is the thing here, and I think that it could easily be used on chicken thighs and pork chops.  Ellie also suggests salmon and vegetables.  I suspect that the topping might also be very good spread on sturdy crackers and baked briefly in the oven for a great appetizer. 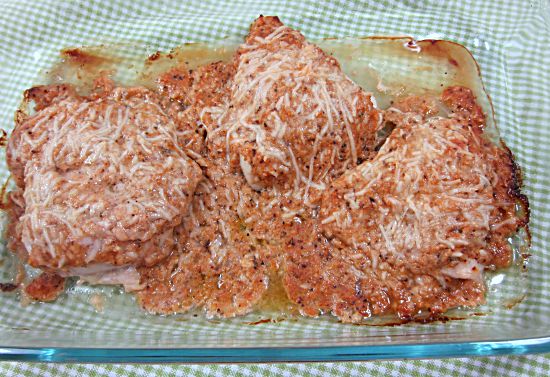 Preheat oven to 375 degrees.  Spray a 7x11-inch pan with cooking spray and place chicken breasts in pan.  Measure the seasoning salt, pepper, garlic powder, paprika and oregano in small bowl.  Stir in the yogurt and cheese mixing until everything is incorporated.  Cover the chicken breasts evenly with the yogurt mixture.  Sprinkle some additional cheese over the yogurt mixture.  Bake, uncovered, about 45 minutes or until the chicken is no longer pink in the center.  Makes 4 servings. 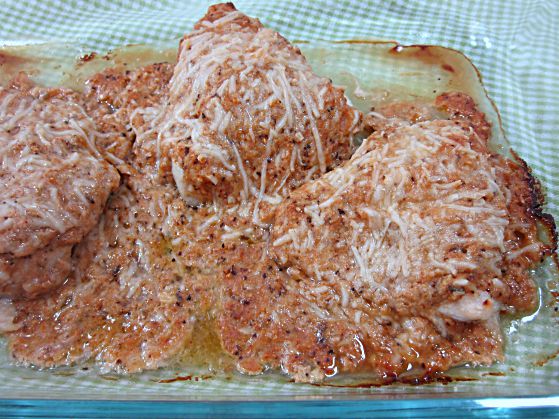 A visit to The Hobo Kitchen will be well worth your time.
If you are interested in joining in the fun of SRC, vist this page to learn more.