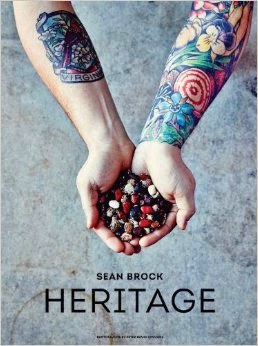 Cormac McCarthy wrote a handful of serious, literary novels that were largely unread.  Several thousand books were printed, several hundred sold, and the rest were pulped or remaindered.  Nearly 27 years after his first novel was published, he gained widespread fame with the publication of All the Pretty Horses.  After years of toiling in obscurity, McCarthy found himself reading to packed houses.  Everywhere he went, people came up to him and told him they had been reading him for years and loved his work.  He was polite but in interviews he was honest.  He would say there is no way in the world that all the people who swore they read his book for years, actually read them.  If they had, McCarthy correctly surmised, he would have sold more books.

I was a rabid fan of Sean Brock before he was mentioned in the New Yorker, before Lucky Peach was a magazine, before he went to Scandinavia, before Husk, before PBS, before James Beard Awards. Like Cormac McCarthy, I am sure many people say that to him, but it is true.

Brock is the father, brother, son I never had.  He know not to put sugar in cornbread, he can spot a crowder pea at forty yards, and he has thick Southern dirt under his fingernails and he is proud of it.  Needless to say, I have been waiting for this book for a long time, years....
Frankly, I often wished he would keep his butt home and write the damn cookbook instead of traveling the world being the culinary star he has become.  Finally, his book was published.

In it, he pays homage to the producer who provide him with the raw materials of the kitchen.  It is beautiful, but it is a tad chefy. (I lied, it is a lot chefy.)  Still, the boy can make some cornbread.

Run the bacon through a meat grinder or very finely mince it. Put the bacon in a skillet large enough to hold it in one layer and cook over medium-low heat, stirring frequently so that it doesn’t burn, until the fat is rendered and the bits of bacon are crispy, 4 to 5 minutes. Remove the bits of bacon to a paper towel to drain, reserving the fat. You need 5 tablespoons bacon fat for this recipe.

Combine the cornmeal, salt, baking soda, baking powder and bits of bacon in a medium bowl. Reserve 1 tablespoon of the bacon fat and combine the remaining 4 tablespoons fat, the buttermilk and egg in a small bowl. Stir the wet ingredients into the dry ingredients just to combine; do not overmix.

Move the skillet from the oven to the stove, placing it over high heat. Add the reserved tablespoon of bacon fat and swirl to coat the skillet. Pour in the batter, distributing it evenly. It should sizzle.

Bake the cornbread for about 20 minutes, until a toothpick inserted in the center comes out clean. Serve warm from the skillet.
I was overjoyed that this book was finally published.  It is his rock star chef opus. But I am glad it is out of the way.  I long for that other cookbook in Sean Brock, the one that his grandmother would pick up and move to the shelf because she had the recipes memorized.