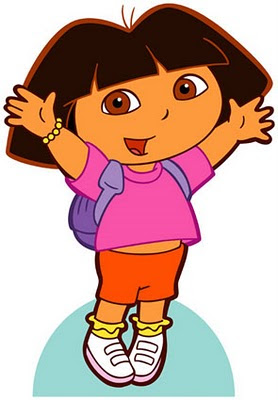 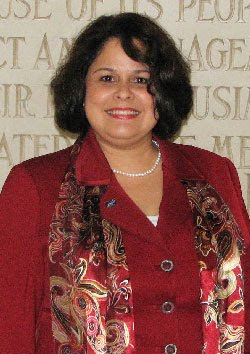 In the continuing effort to clean out City Hall, another resignation has been accepted by Mayor Pedro Segarra. Lillian Ruiz, Hartford's Director of Human Relations was shown the door yesterday and escorted out of Hartford City Hall.

Ruiz's department played a large part in the Perez corruption scandal according to testimony at former Mayor Perez's trial. Contractor Carlos Costa had testified that he was not in compliance with contract requirements and had reached out to at least one employee in Ruiz's office as well as Mayor Perez and Councilwoman Veronica Airey-Wilson to intervene on his behalf.

Ruiz is another one of the "Perez Allies" who is being purged from City Hall. In more changes announced today by Mayor Segarra it seems that several programs that drew criticism are being jettisoned. Aside from Dora, I mean Lillian Ruiz, her entire Department of Human Relations will now be under the Office of Corporation Counsel. Another sensible choice since the majority of what Human Relations does is deal with compliance in City Contracts and federal equal opportunity requirements.

Another change that definitely makes sense is the re-assignment of the Office of Capital Assets, also known as James Keaney and Charles Crocini, to be under the supervision of the Department of Public Works. That is where it should have been all along, not in the Mayor's Office. The only difficulty here is that James Keaney is most likely making close to $50,000 more than the Director of Public Works.

This could be an interesting match up since the DPW Director Kevin Burnham took away Keaney's SUV with the heated leather seats and assigned him a smaller vehicle shortly after Burnham became Director. I noticed last week that Keaney's city vehicle is now also adorned with the City of Hartford seal on it's doors now. So much for the stealth missions in the City's car. Maybe he has them on with Velcro.

The "311 Center" is also being moved to come under the Office of Policy and Management rather than directly under the Mayor's Office. This could be a problem at election time since "311" was also believed to be the unofficial polling operation for Perez.

City Hall sources are telling me that more changes may be coming in the near future, but my "hit" list for City Hall removals I posted earlier this year is getting smaller by the day. These changes are not only removing problems from the Perez administration but they are also removing a lot of the "fat" from a top heavy City Hall that we can not afford.

FOR CITY OF HARTFORD GOVERNMENT

(August 31, 2010)--- Today, Mayor Pedro E. Segarra made a 45 minute presentation to Department Heads to demonstrate how his administration is focused on four key goals that will move the City of Hartford forward during his tenure. He outlined the role of his Cabinet and announced that staffing changes and structural reorganizations are underway in order to reduce the cost of government and to achieve an increase in efficiency and effectiveness.

“Changes need to be made for the betterment of the organization. By clearly stating goals and objectives and the means of achieving these results, Hartford will be able to be proactive and progress towards common goals. The City Charter does allow for experimentation by the CEO of the City during the fiscal year in order to meet new demands and goals,” said Mayor Segarra.

By strategically working with all levels of governments, businesses, and community entities, the City of Hartford will address long-standing issues and opportunities to create sustainable changes that improve the City.

1. Ensure that each City office and department is held accountable for operating in a fiscally accountable manner and for getting results that advance the City’s interest.

2. Safeguard the health, cleanliness and safety of the community in ways that reflect the wants and needs of the people who live, work and visit Hartford

3. Create jobs and improve the quality of education and for Hartford’s children and adults

4. Pursue opportunities to accelerate and expand the economic vitality of Hartford’s business community and neighborhoods.

Internally, the size of the Mayor’s Office will be reduced, returning operations to departments where possible while holding them accountable for results.

1. The Office of Capital Assets will be merged with the Department of Public Works.

3. Workforce and Minority and Women Business Enterprises certification moves to Procurement, to be overseen by the Chief Operating Officer.

4. The Office of Management and Budget will oversee 311.

“Change for the better is already underway and the Segarra administration intends to expand and accelerate it. A new standard for effectiveness and success is being established,” said COO David Panagore.