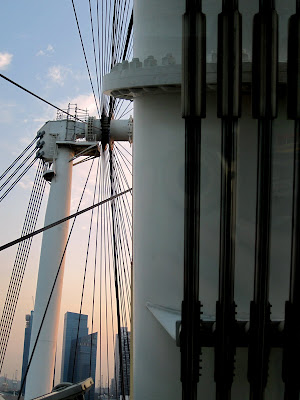 ... complete with nice scenery in the surrounding areas? 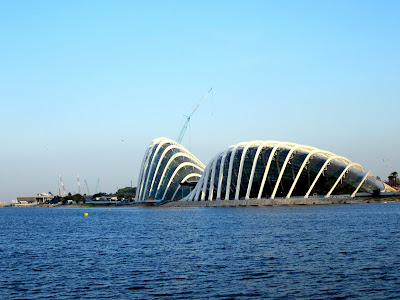 It's the Singapore flyer! 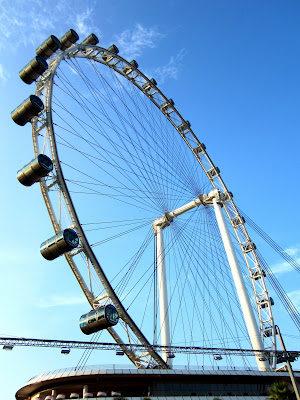 Truth to be told, it doesn't deserve the hype I'm giving to it. And that's only because I'm Singaporean and I have seen the skyline of Singapore many times. That's why being on the flyer doesn't make the skyline any more impressive than it usually is.
BUT if you are new to Singapore, it will be good to see the major landmarks with an aerial view. This link tells you what you'll be able to see from the Flyer! Lots of snap-worthy pictures you can take! Before taking the Flyer, you can have a nice stroll next to the Flyer, and try to figure out which landmarks those are!
Oh, and lest I forget, the flyer is the world's largest observation wheel. (This fact popped up so late because it doesn't really matter to me.) And being the superstitious country, each capsule's maximum capacity of 28 people (double propserity in Cantonese) and being a wheel of Fortune on its own means you're off to getting lots of luck. 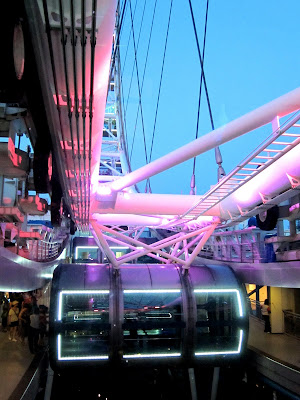 I went around 650 pm and the sunset wasn't particularly mesmerizing or anything like that. I think a good time to go would be late evening, around 710 pm when the sun's just about finished setting, and you get to capture the enchanting night skyline as well!
Pity there wasn't a audio commentary within the capsule. There's a video screen playing, but without sound. Would have preferred some good classical music to go along with it, instead of that awkward silence where everybody speaks so softly so that you won't overhear them! The ride can be quite a drag, but it gives you sufficient time to see different angles of Singapore.
Singapore Flyer30 Raffles AvenueSingapore 038903