We were looking for somewhere nice to go and Tao's Restaurant appeared at the top of the list. We were particularly attracted by the fact that it was $21.80++ for lunch, 6 course meal. Sounds like a great deal, doesn't it? Modern interior with interesting lights. Here's the menu. (Click here.)

The fare here is fusion and the name Tao comes from 陶瓷 Tao Ci (pottery plates), which is the whole dining concept over here. 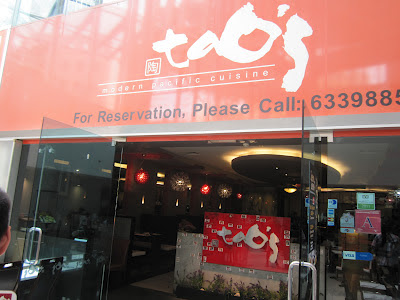 The starter was Bacon & Mushroom Gratin. I couldn't really taste the mushroom possibly because it generally had a mushy texture. That said, I nearly finished the entire plate even though I'm not a fan of cheese. The only reason why that could have happened was because of the fluffy bread! 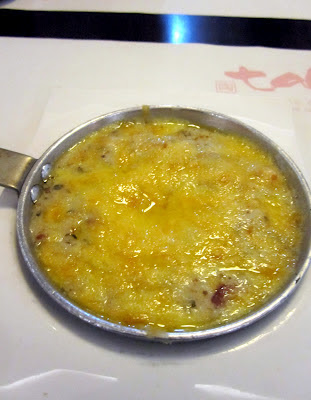 The bread was so thick, so warm and lightly toasted, it was totally perfect with the gratin. 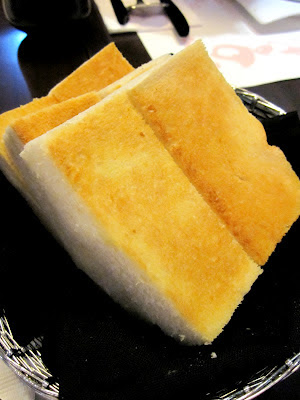 The Prawn Roll with Pork Floss had mango sauce drizzled over it with small pieces of prawns which had a good bite to it. The saltiness of the pork floss together with the sweetness of the mango sauce made this a rather delightful dish, although at risk of shifting the focus away from the prawns! 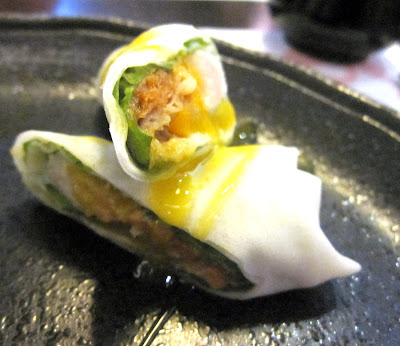 At this juncture, the Iced Rose Apple Tea was served. I liked this tea very much. It was cooling, refreshing and  not too sweet. The little tea cups they provided also gave a longer break in between each dish as you had to keep refilling it! After you are done (or maybe even before!), you can open the container and eat the little pieces of apples. 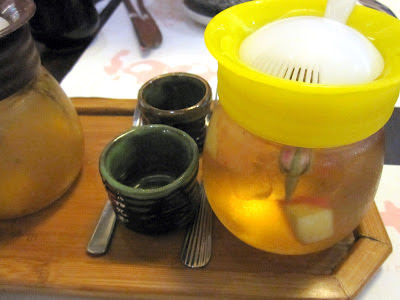 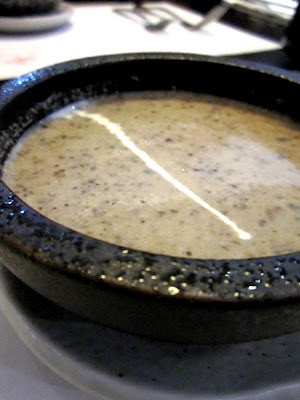 The main I ordered was Grilled Sea Bass with Japanese Sauce. The sauce was compatible with the fish but the fish was a little hard, probably overcooked. 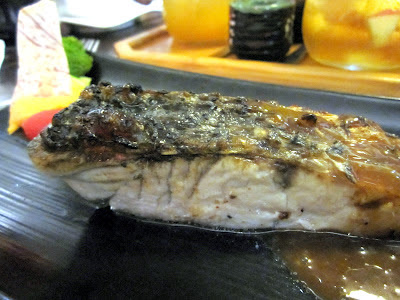 Dessert was unfortunately a complete letdown. The Tiramisu had too thick a layer of cream. There was also no distinct coffee liquor flavour in the soaked biscuit fingers. 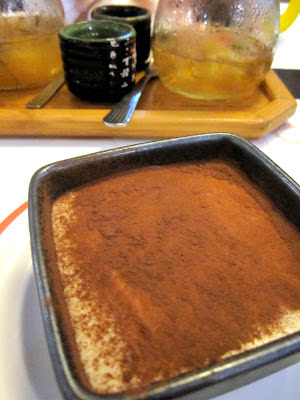 Overall, I think it's worth it to come here for decent food and a nice experience overall. Plates were cleared quickly, just like how food was served efficiently too.