The Myth Of Malintzin: Book Now In Spanish 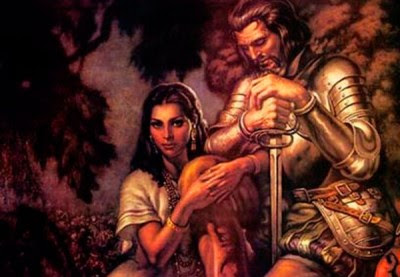 Maybe, we are seeing history revised.

"In the collective conscience of the Mexican people the historical figure La Malinche has been forever associated with treason and servility, particularly in favor of foreign people or interests.

"The myth of Malinche — also known as Malintzin, Malinalli or Doña Mariana — has even given birth to the term malinchism, a pejorative term for a preference for all things foreign over one’s own culture, to the point of self-destruction in an attempt to fit in."

I first encountered malinchism when I told a few expats about a wonderful book about the origins of Mexico titled The Jade Steps. 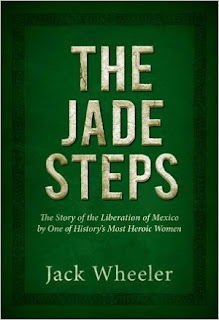 I was immediately told that she was a traitor to her people and not to believe what I read.

Now, But Camilla Townsend, a professor of history at Rutgers University, paints a very different picture of this controversial character in her 2006 book, Malintzin’s Choices: An Indian Woman in the Conquest of Mexico. The book’s theories are now available to the broader Mexican population as a result of its recent translation into Spanish.

Townsend believes that the Indian woman who served as an interpreter for conquistador Hernán Cortés was an intelligent person with unmatched abilities to whom history has been unfair.

“History has been unfair to her, and with other protagonist women of the Conquest; they suffered greatly and did all they could to survive. In her case, the historical impression is that she betrayed her people, being fascinated by the outsiders, but that was not the case,” said Townsend.

The historian has dedicated her studies to relations between the indigenous people and Europeans throughout the Americas. Her publications have spanned Mexico, the Andean region and the Chesapeake. She is also an expert in Náhuatl, the Aztec language.

Aided by a vast bibliography — including original texts — Townsend exonerates Malinche of her historical guilt, describing instead a woman of extraordinary intelligence who, far from a betrayer, was a victim of the circumstances who became aware of her role and managed to survive. The writer even hints that Malinche could have been worried about the future of her conquered brothers and sisters. 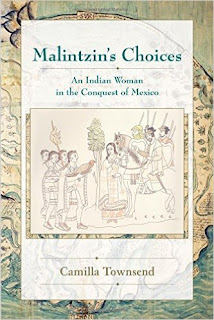 Little is known of Malinche’s origins; even her real name has been lost to time. The author concluded that she was most likely born to a noble Nahua family in the border zone between the Aztec and Mayan empires, in the Coatzacoalcos region of Veracruz.

As a child, she was abducted and sold as a slave to Mayan lords in the ancient port of Xillacanco, in present-day Campeche. Taken to the nearby capital of Putunchán, she learned the Chontal language, adding this knowledge to that of her native Náhuatl.

When Cortés conquered the region, young Malinche was handed over to the Spanish along with 19 other young women.

Traveling with Cortés was Jerónimo de Aguilar, a Spaniard who had lived with natives in the Yucatán region for eight years after being shipwrecked. “Malinche initially worked with de Aguilar [translating from Náhuatl to Chontal while de Aguilar did so from Chontal to Spanish], but in a very short time, after about six months, she could manage without him; she had very quickly grasped the Spanish language,” relates Townsend.

The historian believes that Malinche’s is a doubly joyous story: she was favored by the circumstances, but she was also very skillful. “She was a slave, and through her experiences with different cultures she learned different languages. Frankly, many women were imprisoned and enslaved at that time, there were many potential ‘Malinches,’ but I must say that Malintzin definitely had more skills than anyone else.”

Marina, as she was baptized by the Spaniards, never felt remorse for aiding the Spanish conquer the Aztecs. Her resentment towards Moctezuma’s people was clear, and it was natural for her people to see the Aztecs as an enemy.

Malinche died sometime around 1529, after living for a decade among the Spanish and becoming Cortés mistress, giving birth to his first son.

Says Townsend: “After all that time, seeing the conditions in Mexico, I imagine she began to realize: ‘My God, millions of these people are coming, and we’re going to suffer.’ It wasn’t possible for her to know all this at the beginning, but I think it’s very unlikely that she didn’t realize what the future would bring.”

The two books are available on Amazon, The Jade Steps is a great read and considerably cheaper.