Best Mexican Restaurants in the U.S. includes Nuestra Cocina, Portland, OR as one of the best. 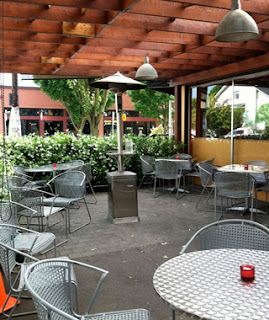 Husband-and-wife chefs Benjamin Gonzales and Shannon Dooley-Gonzales have collaborated on a restaurant with peasant-style Mexican cooking in a less-expected corner of the U.S., Southeast Portland. Flavors span the cuisine of Zacatecas in north-central Mexico to those of Vera Cruz on the eastern coast and Tampico to the north. Signature dishes include the tamarind-marinated grilled Mexican prawns, tacos de puerco, sopes de chorizo, cochinita pibil, and puntitas de res en chile chipotle, sautéed beef tips with chipotle, chayote squash, and refried beans.

Best Mexican Restaurants in the U.S. includes Sanchez Taqueria, Tigard, OR as one of the best. 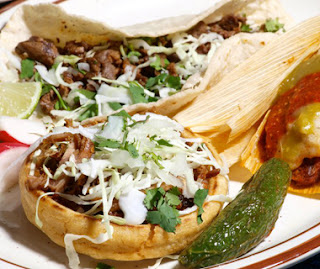 Portland doesn’t suffer for Mexican food that’s celebrated. Nuestra Cocina, Autentica, and ¿Por Que No?, among others provide proof of that. But for that real taqueria touch, you’ll want to get out of the city, head out on 99W, and stop in at Sanchez Taqueria, a roadside institution since 1999 that declares: “We’re not fancy, we’re delicious!” The house specialty chavindecas—a hard-to-find regional dish from small towns near Mexico City (fresh corn tortillas layered with beans, meat, crema, cabbage, onion, cilantro, avocado, and Cotija)—is enough to inspire a trip to Mexico to search for the next undiscovered thing.

Makes me hungry for Mexican food!