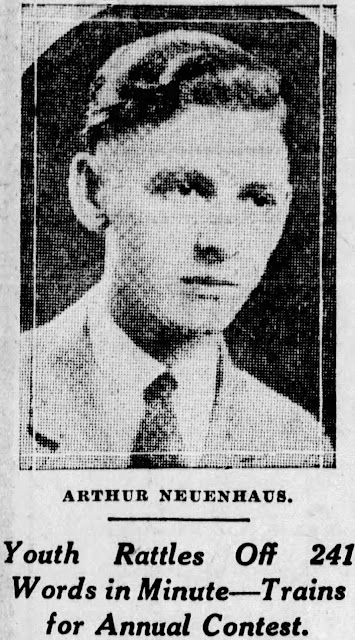 A comment on this blog today came from a reader in Nashville, Tennessee, and alerted me to a member of the 1920s Underwood speed typewriting team who I had previously neglected. I was doubly delighted to look into this typist’s life story, because it ticks many of the boxes of interest for my friend Bill MacLane in Michigan, whose pursuits include not just typewriters but cameras and radios. Arthur Francis Neuenhaus (1906-1987) was  a world champion speed typist and a keen photographer (using this hobby to promote typewriter sales) and a civil defence radio director from 1953-60, at the height of the Cold War. 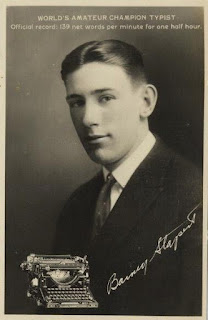 The Nashville reader said that “while going through a box of old family photos and such, I ran across a card identical to Barney Stapert's card [right]*, only this one is Arthur F. Neuenhaus and his record was 131 net words per minute for one-half hour. I have no idea what year this is from; however, I would be happy to donate it to you to add to your very interesting hobby!” (*The comment was directed at my November 2014 post “Last Days of Speed Typing Glory”, which included an Underwood promotional card featuring Stapert, the 1924 world amateur champion who became the “third musketeer” behind George Hossfeld and Albert Tangora in the Underwood speed team.)

Anyway, YES, PLEASE to the Nashville reader who offered the card. And thanks for putting me on to Arthur Neuenhaus, the 1920 world novice typing champion (at age 14).

Neuenhaus was born in Paterson, New Jersey, on February 24, 1906, and died at North Palm Beach, Florida, on April 8, 1987, aged 81. After joining the Underwood team, he was second in the world amateur championship in 1921, fifth in 1922 and fourth in 1923, when he achieved his high mark of 131 words per minute. By 1933 he had followed Tangora to Royal and remained with that company for the rest of his working life. By 1950 he was selling and demonstrating Royal typewriters to high schools in New York City. He used his interest in colour photography to put together presentations. 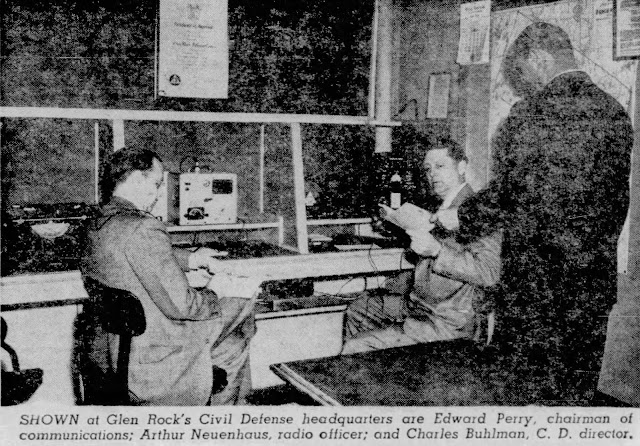 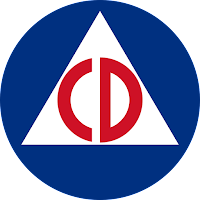 Neuenhaus had settled in Glen Rock, New Jersey, and from 1953 became very active in the local civil defence council, established as part of the “Alert America” program for fear of a Soviet pre-emptive nuclear strike. With civil defence, his area of expertise (beyond typewriters) was radio, and from 1930, when he lived in Clifton, New Jersey, he had had the call signal W2CXJ. In Glen Rock he was chairman of the Radio Amateur Civil Emergency Service. He moved to North Palm Beach in 1960 and became involved with the American Association of Retired Persons. 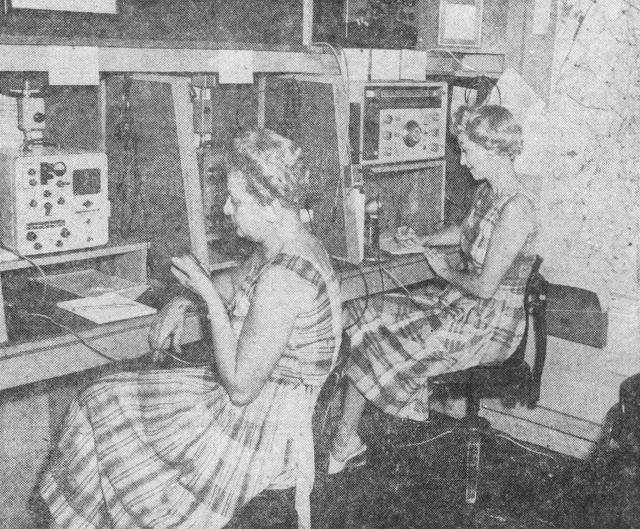 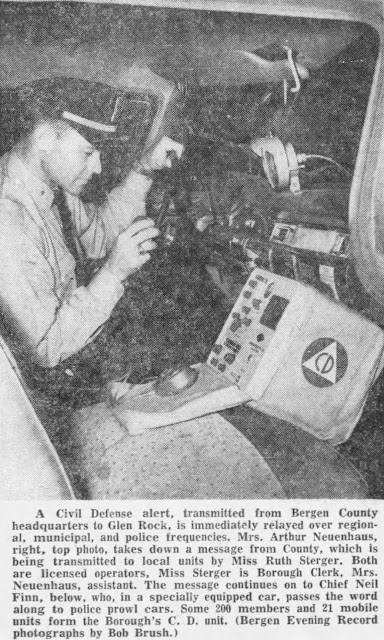 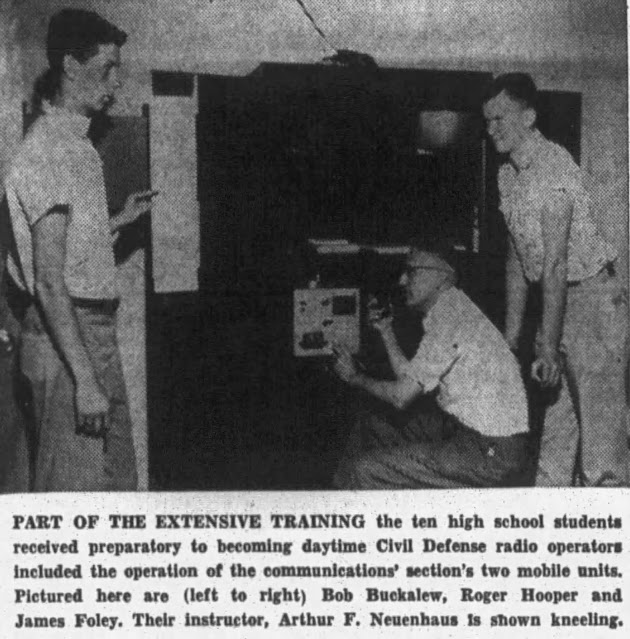 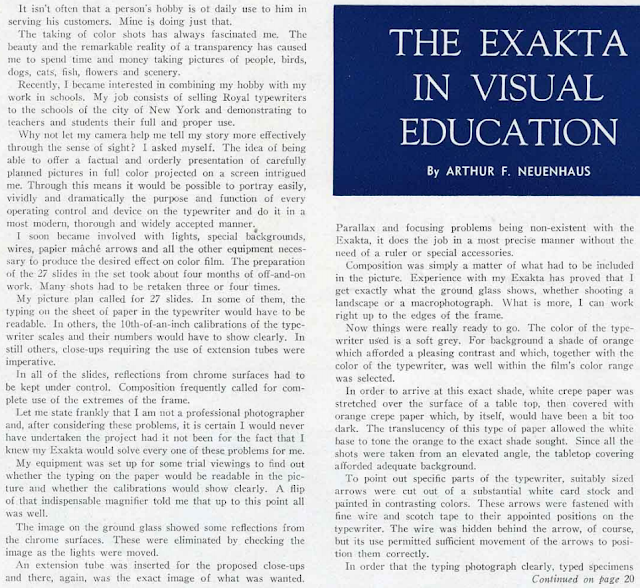 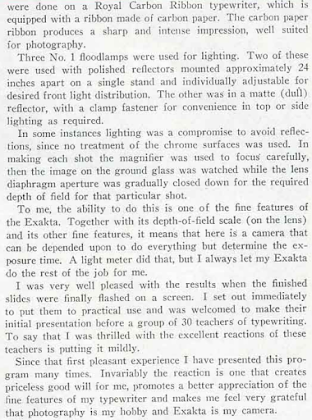