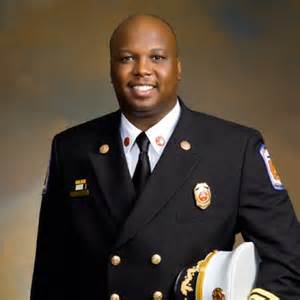 Tomorrow promises to begin the start of a new era of  management, accountability and professionalism for the Hartford Fire Department. The new beginning will include the new Chief of Department Reginald Freeman, appointed by Mayor Luke Bronin and the first permanent Assistant Chief appointed in several years, former Deputy Chief of Training Frank Costello.
Chief Freeman's first  day in office will be tomorrow, February 1, 2016, It will not be an easy road for Freeman to turn around a troubled department, but I think he has the management experience and more importantly the temperament to deal with the issues facing the Department.
One of Freeman's most important tasks will be to get the naysayers to put their individual agendas aside and commit to work together and rebuild the proud team that once was the Hartford Fire Department. It is a matter of leadership and think this team can provide that leadership
Chief Costello will also play a key role in that rebuilding, after being handpicked by Freeman. From everything I have heard and been told, Costello has an excellent reputation from his previous time with HFD, and is very knowledgeable and well equipped to handle his new role.
Again, welcome back Gentleman. And for those inclined to undermine the leadership of the new management team, please think twice. If you really care about your Department, and more importantly the nobility of your profession, put the agendas and personalities aside and make this work.
Too much depends on the future of HFD and the City of Hartford to play games with this.
UPDATE: 9:30PM- Frank Costello is apparently coming back for a 6 month period as  an acting Interim Assistant Chief.  This is apparently is the result of the  "Double Dipping" Ordinance that took effect January 1, 2016 limiting the time any retiree can return to City employment to 6 months and limits their salaries. The next Assistant Chiefs will have to come from current active members of the Department or be hired from outside to be considered permanent